Over 9 months from 2014 to 2015 working with residents in a care home in Islington to set up an artist collective. Funded by Arts Council England, Islington Council and the Cripplegate Foundation at Mildmay Care Home, Islington, London. Exhibition: Wheelin N Dealin at The Printhouse Gallery, 23rd April to 23rd June 2015 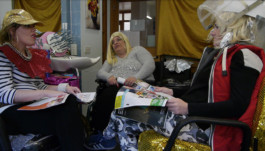 Working from a training room turned art studio, The Mildmay Collective developed work individually and in groups over the course of the residency, facilitated by Amy and Clea. Much of the work produced responded to the hidden experiences of people with physical disabilities or long term degenerative illnesses. For example, Danny made a film using footage gathered from a camera attached to his wheelchair. After a brief stay in hospital, in which her custom-made wheelchair was lost or stolen, Tracey wrote and directed a camp soap opera that expressed her frustration at the careless face of bureaucracy. She also worked with Amy to develop milk-carton posters searching for the missing chair that turned into merchandise for The Mildmay Collective. In this way, the residency at Mildmay made use of the strategies of art making and collaboration to express the physical and emotional landscapes of the collective’s lives.

On the annual trip to Southend, Amy performed as a holiday rep, decorating the bus, playing travel games, and duetting with the day trippers into inflated microphones. All members of the collective wore custom-made ‘Club 66-98’ badges, referring to the ages of the oldest and youngest residents on the trip, and marking themselves, publicly, as a community; a community, moreover, defined by life experience than their health or disabilities. 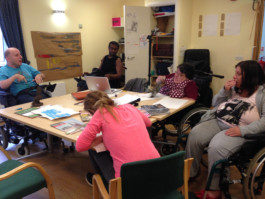 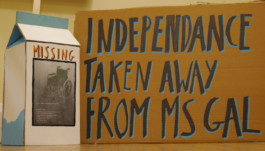 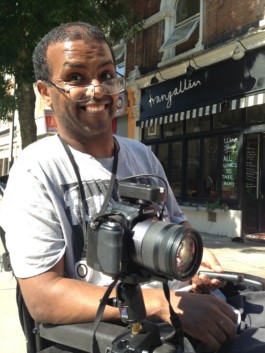 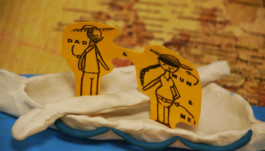 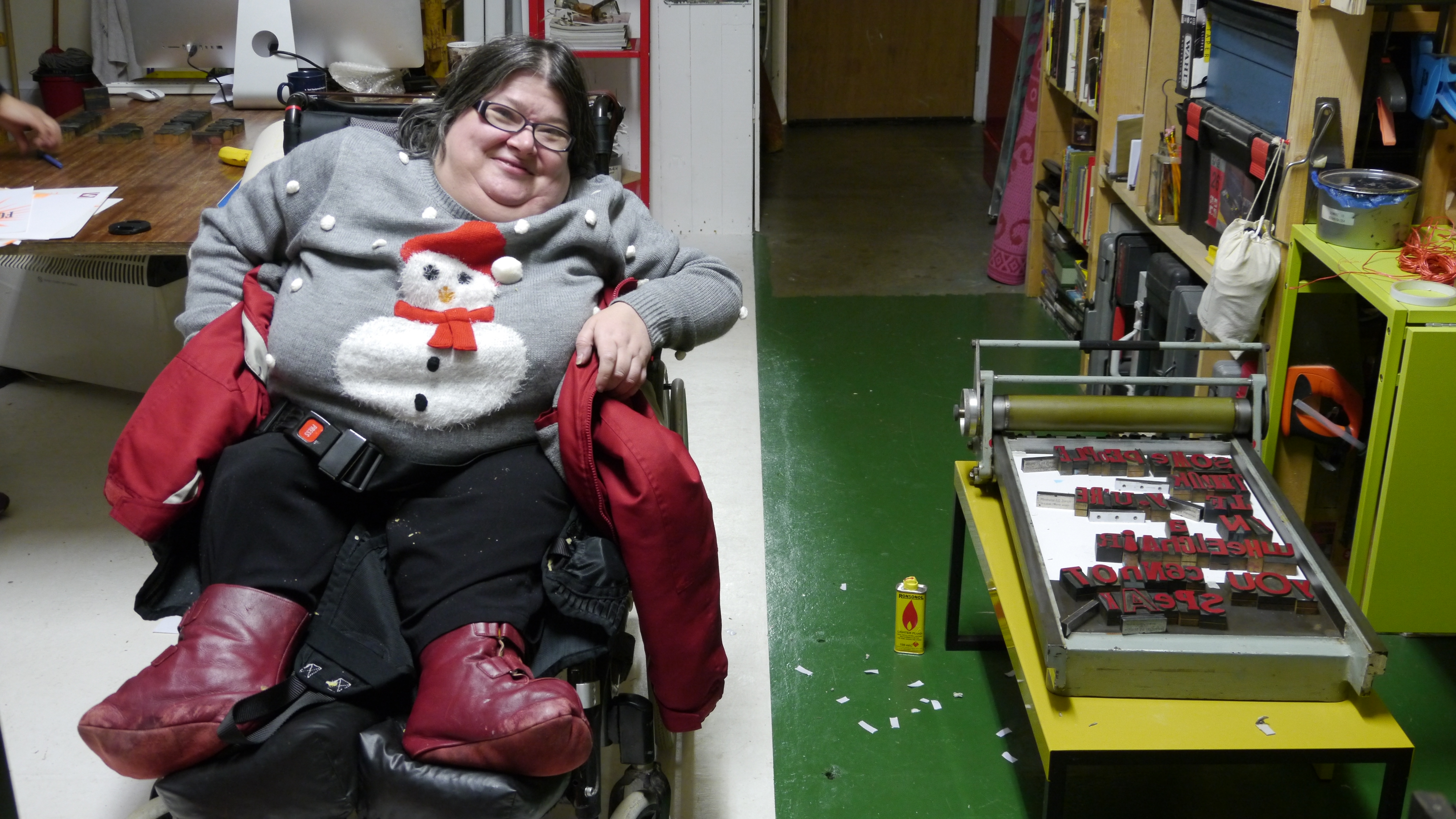 The Mildmay Collective held a group exhibition at The Printhouse Gallery in east London to mark the end of the Residency. ‘Wheelin N Dealin’ included a series of political, text-based prints (Tracey Musgrave and Amy), a wheelchair that had been ‘knit bombed’ (Helen Theodore and Mildmay Knitting Group), and the remnants of the protest soap opera (Tracey Musgrave, Amy and Clea). An animation filmed one evening a week, over several months (Alex and his daughter Mia). 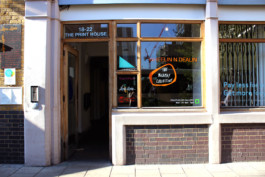 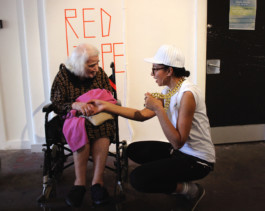 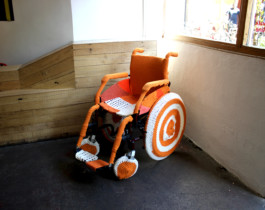 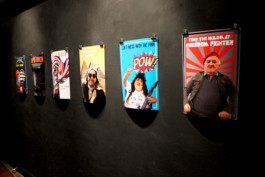 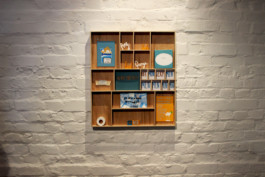 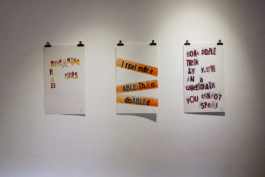 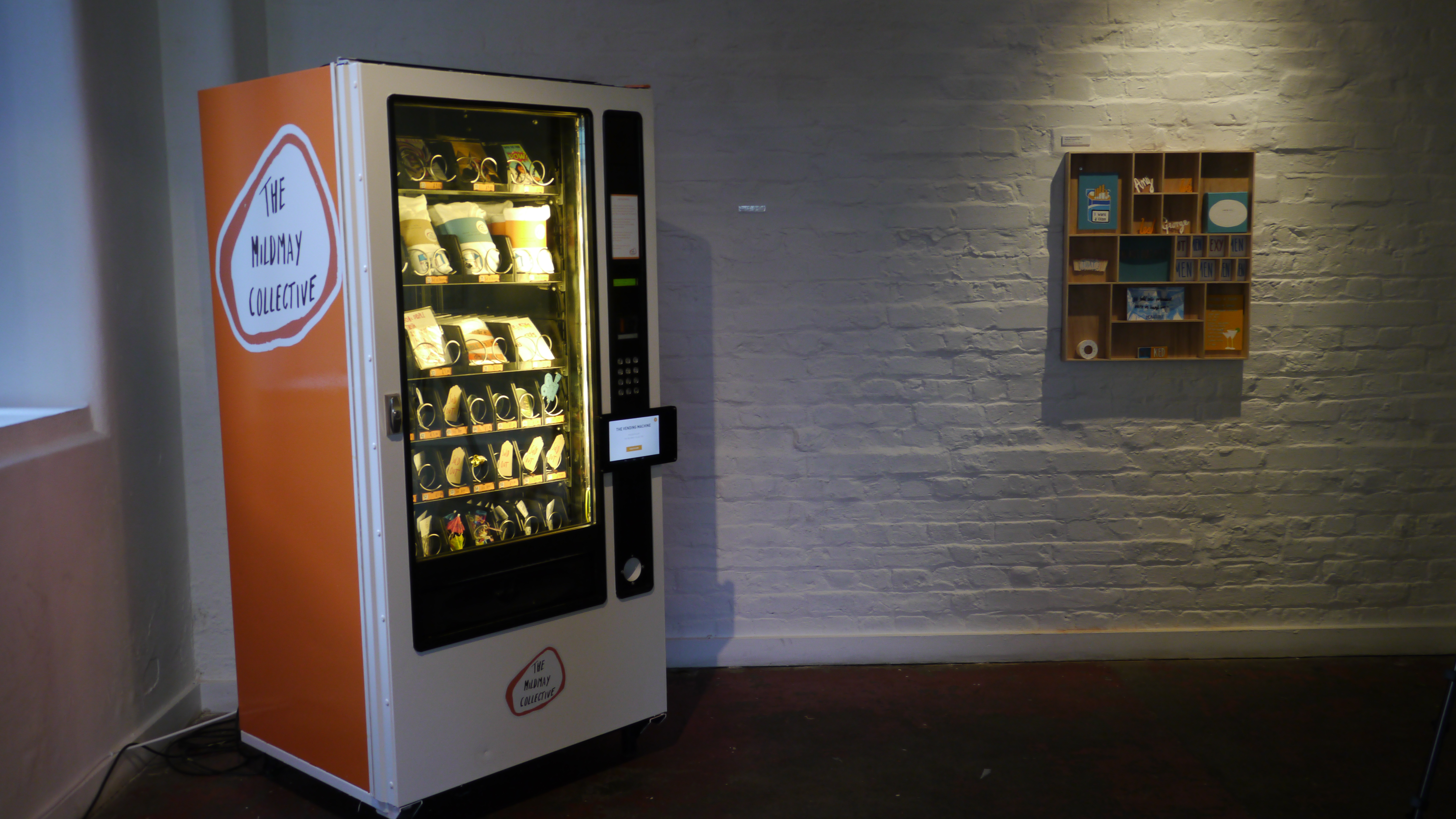 Many of the relationships, performances and occasions that were part of the residency are also encapsulated in Vending Machine, which used an app to take audiences through The Collective’s creative processes and gave them the opportunity to buy an artwork.